Learn more about the 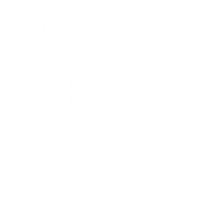 We Love To make music together

The Music School Bad Radkersburg is the center of musical education in Southeastern Styria. In an innovative way it wants to make music school lessons possible. Director Alfred Ornig BA MA is the motor of this development. The music school Bad Radkersburg is not only the southeastern most, but also – next to the school of the Graz Music Society, founded in 1816 (today’s conservatory) – the oldest music school of Styria. The music school Bad Radkersburg has existed since 1885 as a musical educational institution.
Its willingness to new ideas and projects is guaranteed by an extremely qualified team of teachers. Currently 14 teachers are employed at the music school Bad Radkersburg. But also the good cooperation with the surrounding communities, compulsory schools and associations is reflected in the number of students. With slightly more than 3100
residents of the city of Bad Radkersburg, 350 students attend the music. The geographical location of the music school provides cross-border cooperation with the music schools in Gornja Radgona, Murska Sobota, Lendava (Slovenia) and Lenti (Hungary). Numerous concert performances in Slovenia and Hungary promote not only musical cooperation, but also cross-border communication.
Increased cooperation with the partner school Murska Sobota in neighboring Slovenia is the clear goal of the project, which is being carried out regionally under the additional motto “Music knows no boundaries”. On a musical level, language barriers are to be overcome and friendly relationships develop. For the students of both music schools (Bad Radkersburg and Murska Sobota) new dimensions in orchestral work which, due to the “size” of both schools, would not be possible without this cooperation. A team teaching will involve not only the students but also the teachers working more closely together. Experts from both schools, who are responsible for the wind orchestra projects are suggested and selected by the school management. They are to submit the project via the accompany the project period. In addition, it was agreed that personnel resources and the know-how of the Johann-Joseph-Fux-Conservatory of Music in Graz – there is close contact between the directors. From the point of view of the school management, this collaboration builds teams in their own schools and creates identity for the future. The project is created, elaborated and directed by music school director Alfred Ornig BA MA.